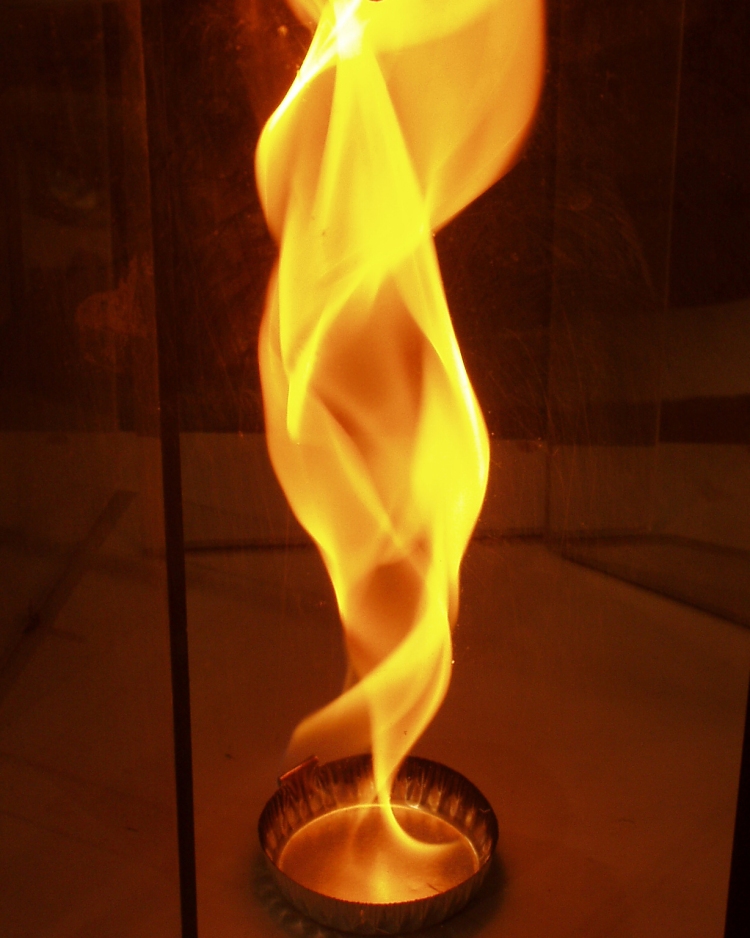 It seems to be very easy for people to forget the actual physical attributes of the elements and think of them as symbolic only. This is regrettably the case with some some students of astrology. It’s easy to say “I’m a Fire Sign” without thinking much about what Fire really is and how it relates and interacts with the other elements.

With this in mind I’ve put together a four part series on the elements in the hope of elucidating the physical characteristics and symbolic power of the Elements at the same time. There is no contradiction here. What is above is also below.

The element of Fire in Astrology is Initiated by Cardinal Aries. Zero degrees Aries marks the Spring Equinox and the transit of the Sun through the sign of its exaltation.

It’s the astrological New Year in the Northern Hemisphere and charts are drawn in order to divine the nature of the following twelve month cycle. This chart is also how we determine the Lord of the Year.

The Fire triplicity then moves to Leo – Fixed Fire – and Sagittarius common or mutable. The unfolding of this triplicity gives us a great deal of insight into the nature of Fire in astrology. Fixed Fire is Solar and Mutable is Jupiterean. The latter disseminates the essence of Fire.

The ingress of Aries is a time of renewed hope in the waxing Sun and the subsequent growth it produces – think of photosynthesis as well as long, warm days to nurture the crops.

Fire and Sun worship is ubiquitous. This should come as no surprise  because it satisfies two very basic human needs –  heat and light. The second of these has been raised to the level of divinity by virtually every spiritual teaching, even if be as metaphor for the inner light or light of God.

There are many, many fire festivals held at this time of year in a multitude of cultures.

Amongst the most ancient is the Zoroastrian Festival of Naruz or Chaharshanbe Suri. Fire worship and a Solar deity are central to Zoroastrianism.

The Hindu Festival of Colors, Holi, is among the greatest of ceremonies in the world, with many million ecstatic participants. The festival takes place in honour of a youth who escaped, without injury, from the clutches of a demoness named Holika after she lit him on fire.

The festival also marks the beginning of spring and is celebrated with bonfires, throwing colored powder and water on everyone

Perhaps just as ancient are the Rites of  Spring celebrated by the Celts in honour of the waxing Sun and renewed life. They were all Solar or Fire festivals and the theme of fertility is integral to them all. The Celts refer to the Vernal Equinox as Alban Eiler which translates as “Light of the Earth.” At this time, when the day is equal to the night and waxing , is a traditional time for sowing crops. Solstices and Equinoxes were powerful places places on the wheel. This time of balance between.the forces of day and night were highly auspicious events for the Druids

Let’s look at the element of Fire and it’s relationship to the other elements. Fire needs Earth for fuel and Air to sustain it. In the process of burning, water is usually released. So what do we mean when we say someone is “fiery”?

The traditional response would be to refer to the Choleric humour. But please keep in mind that the Sun sign gives very little information about humours. It is quite possible for a Solar Pisces to be more Choleric than a Sagittarius, although they are likely to express it differently. It’s unusual to find someone with only one humour active, so the art is to learn how the four of them interrelate, combine and repel.

Galen’s system gives us the bodily fluid Yellow bile, for choleric. The season is Summer. The primary organ of interest is the Spleen. The humour is warm & dry, the native often idealist However the Choleric Humour is easily angered and bad tempered. You will find that very often those who have a strong choleric Humour dominant tend to treat people like fuel. Fire is volatile. It is visible but has no fixed form. It can burn us as well as cook our food.

This is immediately recognized in the physical element of fire. When channeled properly it provides us with warmth and light. There is something about flames that fascinates us.

However, if it gets out of  control,, all Hell can break loose : the fire consuming everything in its path, feeding on Earth and sustained by Air. It repels water, but water can extinguish the flame if caught in time or in a massive enough measure.

Fire is a purifying, masculine energy. It is the source of strong will and energy, just as we temper steel in a forge. Fire creates and destroys. Learning to start and harness fire must have been the single most significant event for human beings.

If you can think of human interaction in these terms, imagining all the possibly combinations, interactions and repulsions, you will have a deeper understanding of Traditional astrology.