Drawing a chart for 0°Aries is an ancient tradition. This is the astrological New Year and the chart is representative of who is the Lord of the Year and what we can expect the year to bring.

This chart is cast for Pacific Daylight Time (+7). This means that it most specifically applies to the Yukon, North to the Arctic and South to the Baja Peninsula. It also includes Haida Gwaii

The Eastern boundary is roughly marked by the Rocky Mountains  It covers several major cities including Vancouver, Victoria, Seattle, Portland, San Francisco and Los Angeles. The Coastal Range and the Olympian Range of mountains are within this zone, as are fault lines of various threat levels. 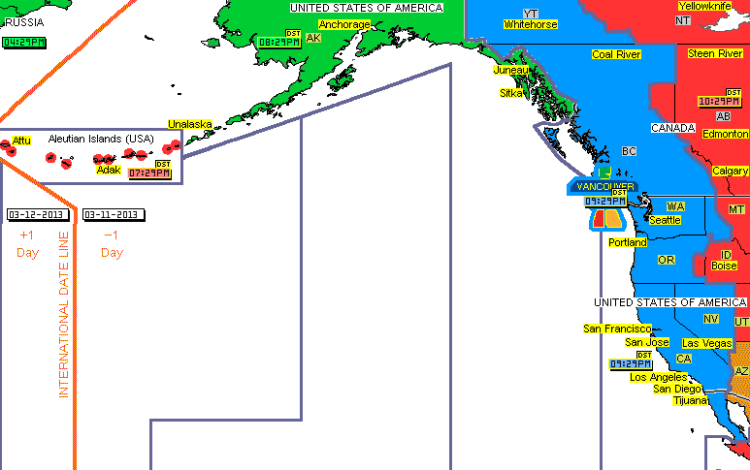 First of all, I’m using Whole Sign Houses and referring to the same chart in Porphyry to measure relative strength.

The chart is for the Day and Hour of Mars, with Mars Direct and  in his Domicile.

There is a remarkably strong Martian signature, not all of which is obvious at first glance. They even share Face, so Mars and Sun will never be too far from each other with regard to intent.

Some will argue that Mars is Under the Beams and therefore massively weakened at best. My view on this point is that ignoring the relatedness of Sun and Mars would be careless and ultimately misleading. I believe most seasoned astrologers would agree. When valid considerations become unquestioned dogma, they can often lose their original intent and cause unnecessary oversights.

This is a Night Chart, so Mars is in Sect and applying to the Ascendant. In this case at least, we have two hot masculine planets, both dry.

One is exaltation of the other, which in turn provides the domicile of the second. Of course they will act together.

The Part of Mars is in the Second Whole Sign House. Rhetorius tell us that “The Lot of Mars or Boldness is indicative of rashness and treachery and strength and every form of villainy” (Rhetorius p. 26). He is disposited by Saturn and doesn’t do well in the Second House. . Economic growth is curtailed. There will be water shortages and food costs will increase accordingly.

The Lot of Saturn is also called retribution. Here we find him in the Opposite topos as the Ascendant. Although less than ideal, I can’t see this amounting to much harm in and of itself because its nature is the same as the Ascendant..

Luna is in her own Domicile, separating from a Square to Mars and would transfer light to Saturn via an applying Trine to Scorpio.

There is a problem here because Saturn is Retrograde,  in the disposition of Mars and Lord of the Ascendant. Saturn and the Moon have no reception. However it’s important to note that Luna is Parallel Arcturus, a significant Fixed Star of the nature of Mars and Jupiter.

What was a strong Cardinal presence in the chart, now has a Fixed Martial Saturn in the mix and in a Productive House. The Eleventh House is that of the Good Spirit. Saturn in this House is not good at all. First of all, it subverts the House of the Good Spirit and tends to make those we rely on hostile, usually when we least expect it

The Moon has also just departed from a Trine with Mercury in his Fall and departing from a Cardinal Square with the Part of Fortune. But she is also applying to an Exalted Venus in the Third House. Jupiter is Direct, but in his Detriment and in the Face of Mars. Porphyry houses place Jupiter in the Fifth, affording a bit more relative strength.

This is a bright spark in the horoscope, but Saturn ( Whole Sign) is Almuten of the Tenth House. All things considered this chart bodes well for women and particularly if they are in a position of authority. Venus exalted is in the Third House of the Goddess.

The Sixth House is Unfortunate and Jupiter is limited by all these considerations. It is Fortunate however that Venus is Exalted and Dispositing the Tenth House Part of Fortune.

Mars is Almuten of the Fourth and Eleventh House, while the Sun is Almuten of the Eighth House. Fomalhaut, the Mouth of the Fish is conjunct Mercury, being of his own nature as well as that of Venus. Jupiter is with the very powerful star, Aldebaran, the follower of the Pleiads.

This star is said to be of the nature of Mars. He is called the Eye of God and is also associated with blindness.  This latter combination makes for a prophetic or highly intuitive mind, even with Mercury in Pisces. The Stars really change the formula. Also, the Part of Jupiter is in  the Ninth House, lending more spiritual discernment to the overall picture.

There will be increased seismic activity, particularly during May and September, although a heightened threat is present throughout the year. I am not predicting  a major catastrophe for Vancouver or Victoria, although those on the West Coast of the Island should be vigilant. This heightened warning also applies to Haida Gwaii and the Coastal regions of the Olympia Range.

Spring will be relatively warm and damp. Weather will become progressively dry. As the year unfolds there will be excessive heat and some drought, at its worst in the South of California. When the Sun enters his own House in Leo, there will be droughts and more fires than usual, including forest and brush fires on a larger than average scale.

When the  Sun rises with Sirius we usually have the peak of extreme heat. According to writers like Rhetorius and Mashallah , the combination we have brings either war or conflicts. I see widespread social unrest but not a war that effects this time zone.

Twelve years have completed since the last Superior Conjunction of  May 2000. The Ascendant was in Leo @18°. Directing the Ascendant, we are starting a new cycle with the Ascendant progressing to Virgo..

The syzygy falls in the Third House @ 21 °24 Pisces. In the source chart it appears right on the MC. The Moon is the Hyleg.  Being reflective and turning inwards for answers will be a great skill to have this year